The photographs presented in these pages are the exclusive copyright property of Ronald James Pastore. Any and all material is the proprietary creative work product of the author and herein referred to as the: RJPastore Collection with all rights reserved.

This private collection was acquired as complete albums, groupings and from the estates of private collectors over many years of intensive research. Some of the photographs self-authenticate because the subjects are seen together with other known family members.

When the same subjects appear repeatedly, it becomes a preponderance of evidence. In the cace of so many photos, the same person appearing repeatedly in the same poses. This again becomes self-authenticating as linking evidence. Even in the case of Jesse changing his appearance and name, his unique feature remain evident.

The RJ Pastore Collection is the foremost expert dossier on Jesse James and has reunited these long lost photographs into one spectacular collection.

The RJ Pastore Collection is the result of an intensive decade long forensic investigation. One aspect of the study was photographic facial recognition analysis. The synopsis below offers a glimpse at a few of the methods used as a criteria of evidence. The complete forensic study is available at the Jesse James Forensics Analysis website, http://jessejamesforensics.com

Content analysis: Identifying all the distinctive facial characteristics and comparing each subject for matching features quantifies the results as a ratio such as 5:5, (five out of five) features matching.

Overlay Transparencies: When two half transparent photos are laid on top of the other, all the matching featured appear in full tones. The difference all remain half tone, making it easy to determine a match.

Forensic Analysis: Since there was not standardized investigative methods in place went this study began, I created a list of forensic evidence criteria compiled in modern cases. Then I tested all of the types of evidence and added them into a report. The report was submitted to the AAFS for presentation and peer review. The study proved Jesse James faked his death. It also revealed the identity of the victim who was really murdered in St. Joe, MO on April 3rd, 1882. The American Academy of Forensic Science enacted a set of standards for crime labs across the USA following my presentation in 2004.

There are only three valid baseline sample photos of Jesse used for comparison. They are the same photos below used in comparing the RJ Pastore collection. Analyzing thousands of photographs over the past decade uniquely qualifies me to present the collection as genuine. There are very few parties who could render an expert opinion without knowing the complete story of Jesse’s past, his look-alike cousins. The sheer lack of evidence to prove anything to the contrary mutes any critic.

An important historical record was preserved in these photos, The most significant revelation is how well they document the mysterious lives that formed an enigmatic legend.

It is with great pride and pleasure that we share a glimpse inside a national treasure of spectacular memories. 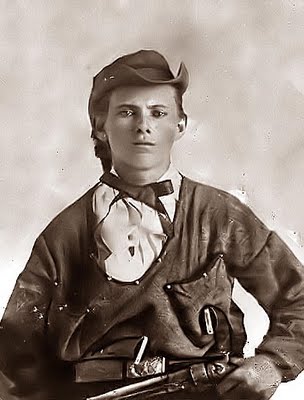 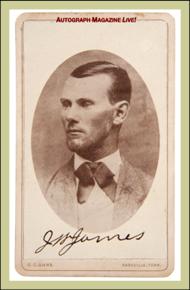